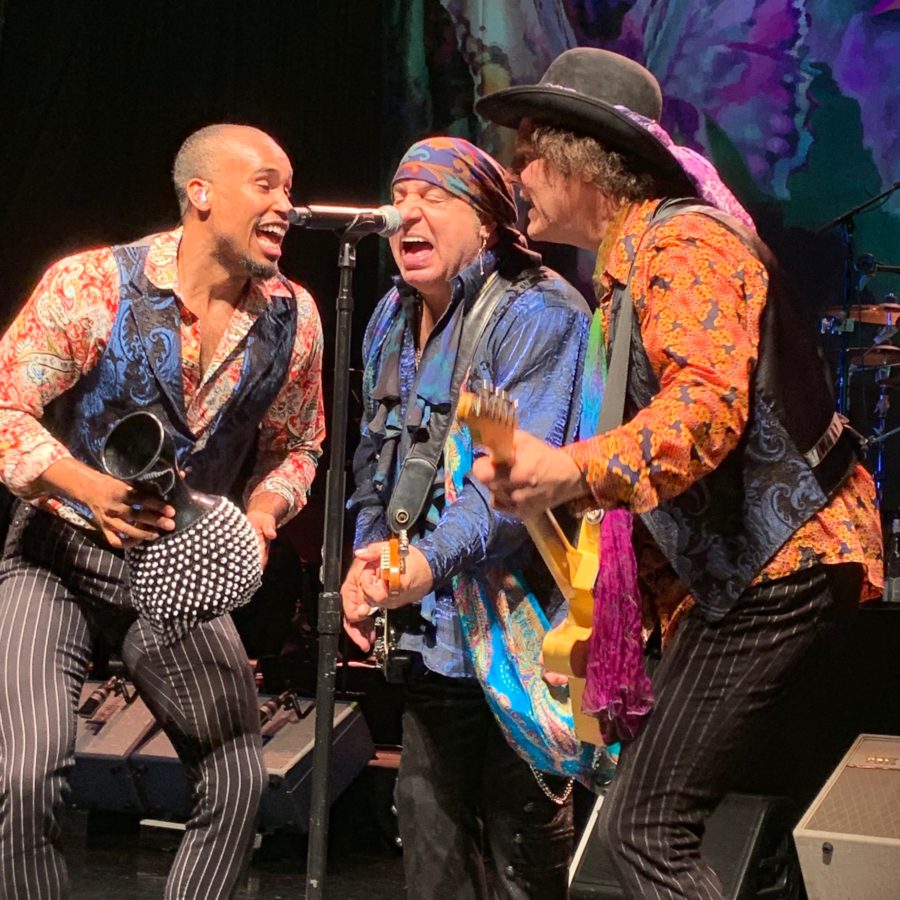 11. Steely Dan — The Met/Philly (Nov. 9) — There was a lot right and a few things wrong for me at this show. First and foremost, the music was brilliant, Donald Fagen can still deliver the goods, and his band is nothing short of outstanding. And while the historic venue is something to behold and a nice place to see a concert, the fact that there is little parking nearby and the overly aggressive ushers on prohibiting photos really took away from this show and explains the reason for the rank. But boy, what a catalog of great songs performed with master musicianship.

10. Three Dog Night — American Music Theatre/Lancaster, PA — (Sept. 22) — There are only two original members left — vocalist Danny Hutton and guitarist Michael Allsup — but they still sound like classic TDN. The band’s library of hits includes some of my favorite songs from the 1970s. And the American Music Theater is a great place to see a show. The seats are wide and comfortable and the leg room between rows is plentiful. Plus I went down to the stage, something I’ve just started doing in the past year if the opportunity presents itself, for the encore, “Joy to the World.”

9. Gary Clark Jr. — Ryman Auditorium/Nashville, TN (March 7) — I was unfamiliar with Clark’s music and my pal Jared Bilski invited me to this show when we were in Nashville for a work conference. Once the show started, I became an immediate fan of Clark’s music. Of course, being in the historic Ryman was a treat, despite the hard church pew bench seating in the balcony. The no-photo policy always annoys me, and this was no exception in that regard. Clark is a tremendous guitarist and can sing. I’d go see him again. I loved Nashville and I’d like to sit downstairs at the Ryman the next time.

8. Dan May — Sellersville Theater/Sellersville, PA — (July 5) — Dan’s shows are always wonderfully entertaining and his songwriting is brilliant. The venue is where we first discovered Dan’s music when he opened for Crystal Gayle, so we always try to see him there. In recent years, Dan has added storytelling segments to his shows, reading chapters from his books, and I really enjoy that. There isn’t a better night of music and entertainment than the Philadelphia-based local musician and his band.

7. America — Penn’s Peak/Jim Thorpe, PA — (Aug. 17) — Given my well-chronicled affinity for what is one of my favorite bands of all-time, you might be surprised at this ranking. I see this show every time I can and will continue to do so for as long as I’m able. Dewey Bunnell and Gerry Beckley still sound great, they do all the hits and the venue offers some great seat options, great prices and a spectacular view of the Poconos.

6. J.D Malone and the Experts — Steel City Coffeehouse/Phoenixville, PA — (March 16) — Intimate venue, high-energy show where the artists come out and greet the fans personally before the show. Another full night of entertaining music for the ticket price by another Philadelphia-area artist. J.D’s songwriting is undeniably wonderful and he always looks like he’s enjoying himself up there on stage. That’s contagious for the audience and it returns the love.

5. Rock the Yacht, featuring Elliot Lurie of Looking Glass, Peter Beckett of Player, Ambrosia, John Ford Coley and Walter Egan/The Borgata, Atlantic City, NJ — (Aug. 23) — A very yacht rocky lineup of many of my favorite artists of the 1970s. They all still sound great and we had great seats at a reasonable price. In addition to the show, a highlight of the evening was before the show, where we had the opportunity to meet and have dinner with Elliot Lurie, who wrote “Brandy (You’re A Fine Girl),” one of the most iconic songs of the 1970s. A personable and friendly gent, I had interviewed Elliot for “The Vinyl Dialogues Volume IV: From Studio to Stylus” after connecting with him on Facebook. It was a thrill for me to meet the guy who wrote one of the songs to the soundtrack of my life. After that, the concert was gravy.

4. The Monkees — Keswick Theatre, Glenside, PA — (March 6) — There’s only two of them left — Micky Dolenz and Mike Nesmith — but they still sounded like The Monkees. This was a rescheduled show from 2018 when Nesmsith fell ill on the stage of the Keswick during sound check and eventually needed heart surgery. But the duo put on a great show and gave us a little slice of our childhood back for one evening.

3. Daryl Hall and John Oates — Allentown Fairgrounds, Allentown, PA — (Sept. 1) — This show could have been ranked lower because I’ve seen them so many times, but it’s not because Hall & Oates are just that damn good. An outdoor show on wooden chairs at a fairgrounds can present some challenges, but the weather held. Allentown is close enough to home turf for Daryl and John, and they always seem to be comfortable on their home field. We’ve seen this show many times, and it’s always ridiculously solid. The band is tight, tight, tight. The catalog of hits is undeniable. There have been times when I’ve hoped for some deeper cuts in the setlist, but John has told me in more than one interview that they feel obligated to the fans to play the hits. These guys are as good now as they ever were and we’re lucky that they’re still out there sharing their music with us.

2. Lionel Richie, Hard Rock Cafe, Atlantic City, NJ — (March 23) — This high ranking shows just how good a showman, entertainer and singer Lionel Richie is because I absolutely dislike this venue. The room is just full of bad angles, many of the seats are too far from the stage and it has a no-photos policy, which will always rub me the wrong way. But Richie can sing, he’s so personable on stage, and there’s no denying the great catalog of music. This is one where I wish I would have been sitting closer but the ticket prices were prohibitive for those seats. I’d go see him again in a heartbeat.

1. Little Steven and the Disciples of Soul — Keswick Theatre, Glenside, PA — (July 20) — All the stars lined up perfectly for this show, which is why is takes the top spot. I went by myself, which isn’t my preference, but I got a ticket for $79.50 right in the front row. The Disciples of Soul rocked the house, Little Steven was all Little Steven and more, I love his music and I was in the catbird seat for photos, which Stevie himself encourages people to take. There’s always that slight chance that Bruce Springsteen is going to show up unannounced at an East Coast Steveie show, but that didn’t happen at this one. At one point Stevie stuck the mic in my face so I could sing a little — not a really good idea — but I wasn’t familiar enough with the lyrics of the song, so I shit down my leg and had to mush-mouthed it. He looked at me like, WTF man. But it was a tremendous amount of fun and I got some outstanding photos. If the opportunity presents itself, always sit in the front row when you can.