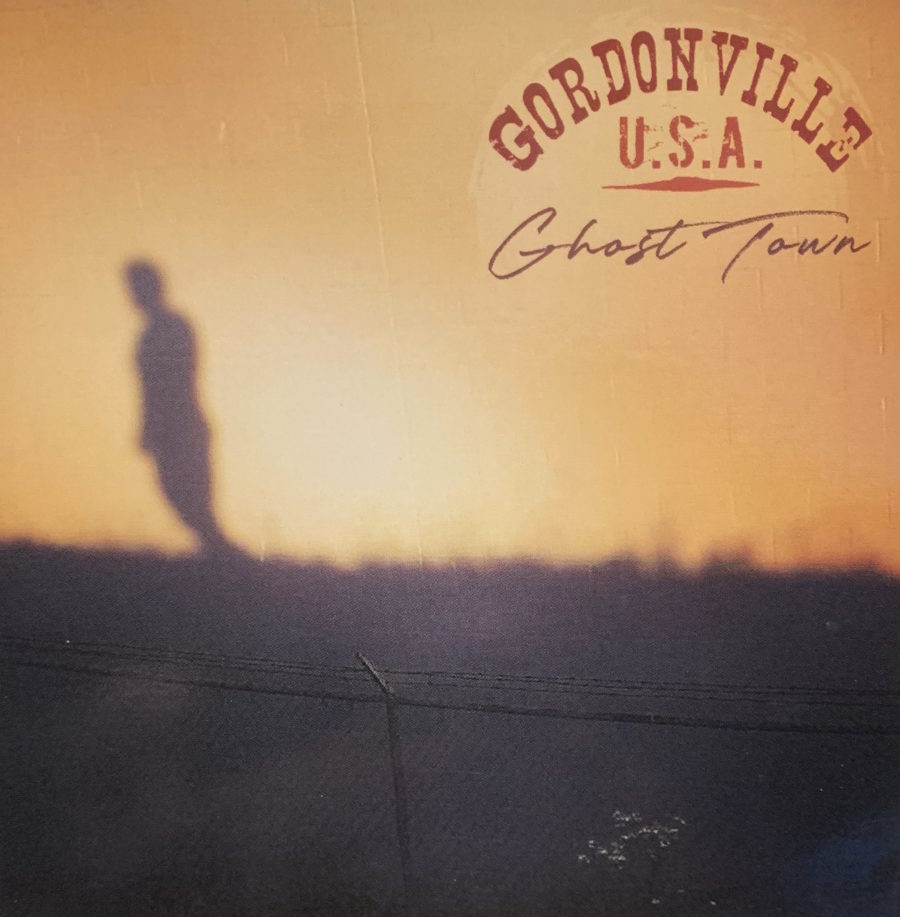 The inspiration provided by Earle redirected Glantz’s longtime passion for songwriting, the end result of which is a collection of 19 songs on the recently released “Ghost Town,” under the band name by Gordonville U.S.A. For this record, Glantz worked closely with Tom Hampton, a Nashville-based veteran utility picker, songwriter and vocalist who has spent several years enmeshed in the local Philadelphia music scene. It’s Hampton’s lead vocals and musicianship – along with other session musicians – that can be heard on the record.

One of the goals Glantz had with this CD was mastering the art of the story song. He has always admired the songwriters who could pull that off with authenticity – Harry Chapin, Bob Dylan, Gordon Lightfoot and, particularly, Bruce Springsteen (Earle is known as the country version of The Boss and regularly covers his songs in concert). He hadn’t to this point seen himself as that type of songwriter, despite some attempts with mixed results, as he was more comfortable as protest/statement songwriter.

“All roads in my writing kind of lead to Springsteen,” said Glantz, a lifelong Springsteen fan. “As I wrote more of these songs – even though Steve Earle got me thinking like that – I found that Springsteen has a certain way of writing that I felt like I tried but never quite got right before. Even though I wanted to write more like Springsteen, maybe I was writing more like Peter Gabriel or Roger Waters, a little more poetic interpretation.”

As someone whose strength is lyrics, Glantz was looking for someone to take the definitive musical ideas that were in his head and translate it into music. He reached out to Hampton, with whom he had worked – and developed a kindship with – on previous projects.

When Hampton was in the Philadelphia area, the two would get together and Glantz would relay his vision for the songs, providing the lyrics and an idea of what he thought the song should sound like.

“I started out feeling like I was working in the service of Gordon’s songs and in the service of realizing Gordon’s songs,” said Hampton. “The project kind of felt like work coming out of the gate because I really didn’t have a solid bead on what his objectives were, what he wanted it sound like or even if I was the right guy for the project. But after we got into a rhythm and started working, it got to a point where it just became effortless.”

So effortless, in fact, that in addition to the 19 songs on “Ghost Town,” there are another 70 to 80 songs that are already in the can, with some close to completion and others with a scratch vocal and guitar on them.

“The musical part has always been the easiest part for me,” sad Hampton. “When I’m writing for myself, the music tends to dictate the subject matter a lot of the time. The fact that Gordon already has the lyrics, that part of the cake baked and that makes it easier. He’s got a set of lyrics and he wants it to sound like this. All I have to do is find the right mood for that.”

Glantz said he is thrilled with the finished product. He believes he’s captured Springsteen’s spirit in songs like “Better Than Today” and “Make it Back Alive.” And Hampton has put together a video for the song “Angry White Male” that can be seen on YouTube that falls into the protest/statement portion of Glantz’s songwriting.

All the songs from “Ghost Town” can be heard on YouTube, Spotify and other digital formats (iTunes, Pandora, etc.). The physical record can be ordered on CDbaby.com.

“To get a publishing deal would be ideal,” said Glantz. “If I could even get a song on TV – on something like the Hallmark channel – where I hear 15 seconds of my song in the background; that would be great.

“I’ve been writing songs since high school. I just want to be heard at this point in my life.”

Hampton will continue to do his session work – he plays more than a dozen instruments – live and in the studio. He released a solo album titled “Friends and Heroes” in 2013 and is currently working on another album of original material that he hopes to be ready within the next year.