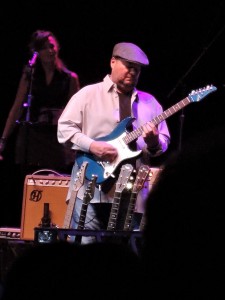 There’s a lot to like about Christopher Cross, not the least of which is that I once used one of his songs to impress my then 10-year-old daughter.

My daughters grew up on my music – the Beach Boys, Hall & Oates, America, the Doobie Brothers, Three Dog Night. But like all of us, they eventually developed their own musical tastes and starting following the bands of their era.

In 1997, the boy band NSYNC invaded our family’s musical sensibilities. The 10-year-old girl in our house had a Beatles-like fanaticism for the boys – Justin Timberlake, JC Chasez, Chris Kirkpatrick, Joey Fatone and Lance Bass. And like our parents did for us and our music, we bought her the debut self-titled NSYNC album on cassette tape.

You remember cassettes, right? They were the preferred technology of listening to music for a time between 8-track tapes and CDs. And our car then, a Toyota Corolla, was equipped with a cassette player. So every time we got into the car, the NSYNC cassette tape went with us.

The first time that happened, it was Christopher Cross that helped me be the “cool dad.” On that first album, NSYNC covered “Sailing,” a No. 1 hit for Cross off his 1980 debut album. The song won Grammy awards for Record of the Year, Song of the Year and Arrangement of the Year and helped Cross win the Best New Artist award that year.

It’s a great song. From my era. And I knew all the lyrics. So when the NSYNC version came on the car sound system, my wife and I started singing along with the song.

“Sailing takes me away to where I’ve always heard it could be.
Just a dream and the wind to carry me.
And soon I will be free.”

And from the back seat, we heard an excited little voice: “Mom! Dad! You know all the words to an NSYNC song?” 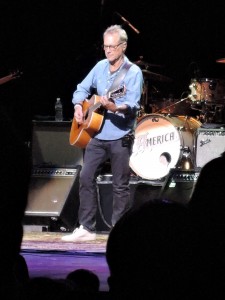 Why yes, yes we do. We are just that cool.

That memory flooded my head and heart Saturday night as I heard Christopher Cross sing “Sailing” for the first time live at the American Music Theatre in Lancaster, PA.

Cross was on the bill as special guest of the headliner America. It was a wheelhouse concert for me because America is a large part of the soundtrack of my life. I’ve interviewed Dewey Bunnell several times over the years and his recollections about the making of the 1974 album “Holiday” and the 1975 album “Hearts” are featured in “The Vinyl Dialogues Volume I” and “The Vinyl Dialogues Volume II: Dropping the Needle” respectively. In addition, Dewey’s recollections on the story behind the hit single “A Horse With No Name” is one of the best read columns on The Vinyl Dialogues website. You can read it here: https://vinyldialogues.com/VinylDialoguesBlog/the-story-behind-a-horse-with-no-name-straight-from-the-horses-mouth/ 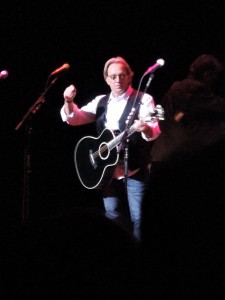 Dewey Bunnell and Gerry Beckley, who along with then bandmate, the late Dan Peek, wrote and recorded some of the best music of the 1970s – with help from legendary Beatles producer Sir George Martin – sound as good today as they did then. America is a band that I’ll go see every single time they perform close to where I live. Reiterate: Every. Single. Time. They’re just still that good.

But is was Cross who stole the show for me Saturday night because it was the first time I had seen him perform live. He sang all the hits – “Sailing,” “Ride Like the Wind,” “Arthur’s Theme” and “Think of Laura.”

Here’s the thing about Christopher Cross: The guy doesn’t have a bad song. It doesn’t matter if his songs are hits or deep cuts, they’re all just really good songs. And his voice is simply beautiful, as much so now as it was in 1980 on his first album. Not to overstate it, but any discussion about the great voices and songwriters of our era should include this guy.

America and Christopher Cross on the same bill. If that ever happens again, buy a ticket for whatever it costs and fall in love with the music all over again. This show certainly furthered the claim that our generation had the best bands and the best music.

The Lords of 52nd Street: We still like them just the way they are