The Lords of 52nd Street: We still like them just the way they are 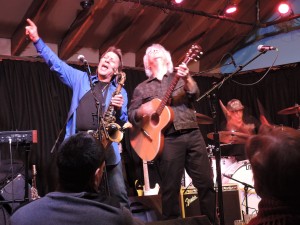 Billy Joel had made four albums for Columbia Records in the early to mid-1970s – “Cold Spring Harbor” in 1971; “Piano Man” in 1973; “Streetlife Serenade” in 1974: and “Turnstiles” in 1976. Joel had moderate success with a couple of those albums, but not enough for the Columbia suits. They wanted better sales results.

Columbia thought that Joel needed a strong producer on his next album, which would be called “The Stranger.” And Sir George Martin, the man who had produced the Beatles and was famous enough at that time to be known as “the Fifth Beatle,” was interested. He was coming to see Joel and his band, which included Liberty DeVitto on drums, Doug Stegmeyer on bass, Russell Javors on electric and acoustic guitar and Richie Cannata on saxophone and clarinet, all of whom had contributed to the “Turnstiles” album.

Martin liked what he saw and after the show told Joel that he’d like to produce the next album. But Martin didn’t want to use Joel’s band, he wanted to use studio musicians instead. 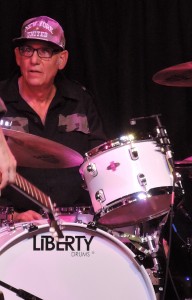 Bill Joel said thanks but no thanks to George Martin.

Enter Phil Ramone, a producer and engineer who by this time had worked with Peter, Paul and Mary, James Taylor, Bob Dylan, Aretha Franklin and Paul Simon, with whom he won a production Grammy for his work on Simon’s 1975 album “Still Crazy After All These Years.”

Ramone watched Joel and his band perform at Carnegie Hall and liked what he saw. In particular, he was impressed with the raw energy that Joel and the band showed during its live performance.

“We had playing down live. We could rock the place,” said DeVitto. “When Phil heard that, he knew how to get what he heard live onto a record.”

Ramone ended up producing “The Stranger” and the rest is history. (An interview with DeVitto about the making of the album is featured in “The Vinyl Dialogues Volume III: Stacks of Wax.”)

The raw energy that Ramone saw live and was able to get onto “The Stranger” is still evident 40 years later. It lives on in The Lords of 52nd Street, the name that Ramone bestowed on Joel’s band back in the day.

And it was noticeably still intact Saturday night at Havana (a great venue with outstanding food) in New Hope, PA, as former Joel band members DeVitto, Cannata and Javors rocked the house. They have been joined by lead vocalist and pianist David Clark, guitarist Ken Cino, Malcolm Gold on bass and keyboardist Doug Kistner, all of whose contributions cannot be understated. Together, the current lineup of The Lords of 52nd Street complement each other superbly.

Still, it’s difficult not to focus on the original Billy Joel band members. They make it clear that they’re not a Billy Joel tribute band. And that’s true. They’re still playing their own parts on the songs that they originally recorded. 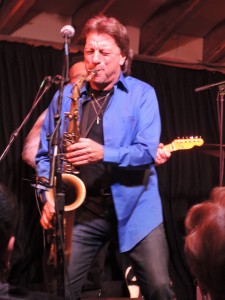 That’s Richie Cannata playing sax on “New York State of Mind” and “Scenes from an Italian Restaurant” just as good, if not better, as he did on the original records. That’s Liberty DeVitto with as much energy on the drums as we heard in 1977. That’s still Russell Javors on guitar, with the added benefit of still having some of the greatest hair in rock and roll history. I particularly liked his lead vocals on “Until the Night,” Joel’s tribute to Phil Spector, a song that’s on the “52nd Street” album.

One cool aside from the show. Doug Stegmeyer died in 1995, but his presence was still felt during Saturday night’s show. Stegmeyer’s family had given Doug’s bass guitar to DeVitto, and Liberty brought it along for Malcolm Gold to play, which he did quite well.

“The one thing that we always had when we were with Billy – and me and Lib have been together since we were 15 years old – we click into this craziness and we’re having a lot of fun with each other,” said Javors. “I think it comes across on stage.”

It certainly does. Go see this band . . . they still might be the lunatics you’re looking for.