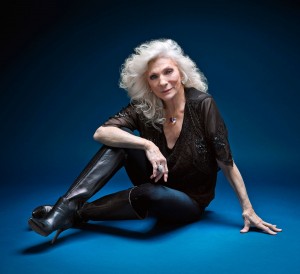 Judy Collins first met Stephen Stills when Collins was recording her seventh studio album “Who Knows Where the Time Goes” in 1968.

Judy Collins and Stephen Stills were driving around one day in Malibu, California, when Stills had an idea.

“He said, ‘You know, we need another song on this album,’” Collins says.

It was mid-1968 and Collins was coming off the success of her sixth studio album “Wildflowers,” which reached No. 5 on the Billboard Pop Albums charts after its release in October 1967. The album featured Collins’ Top 10 hit cover of Joni Mitchell’s “Both Sides Now.”

Stills’ band Buffalo Springfield had just broken up in May, 1968. When Collins and producer David Anderle were planning the next album, “Who Knows Where the Time Goes,” they decided to record it in Los Angeles.

“This was an opportunity to go to California and I was thrilled to be able to do that,” Collins says. “My producer said, ‘I want to bring you to California to make sort of a live album.’”

Anderle then put together a top-notch band in Los Angeles that included musicians with whom Collins had not previously worked. Among them were Buddy Emmons — who played with the Everly Brothers, Roger Miller and Ernest Tubb — on pedal steel guitar; James Burton — who recorded and played with Elvis Presley, Johnny Cash and Merle Haggard — on dobro and electric guitar; Chris Ethridge — who would go on to play with Gram Parsons and the Flying Burrito Brothers — on bass; Jim Gordon — a session drummer who backed the Everly Brothers — pianist Mike Melvin, who performed on the Beach Boys’ “Pet Sounds” album in 1966 and Frank Sinatra’s “That’s Life” album, also in 1966; Van Dyke Parks, a songwriting collaborator with Brian Wilson of the Beach Boys, on piano and electric piano; and Stills, fresh off the Buffalo Springfield gig, on guitar. (Collins has said in other published interviews that she believed Anderle had asked Stills to work on the album only to find out later that it was the other way around.)

“That’s where Stephen and I first met,” Collins says. “Stephen was somebody that I had never worked with before, so that was exciting. I didn’t know him and I really wasn’t aware of the Buffalo Springfield. I knew who they were but I didn’t know who the individual artists were. So it was a great surprise for me to meet him. And of course he’s a genius, so that was good.”

Not only that, but the attraction between Collins and Stills was there from the first moment.

“Yes, there were sparks right away,” she says. 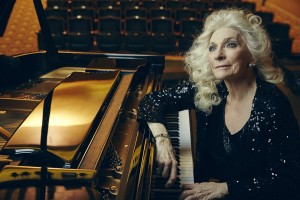 There was an immediate attraction between Judy Collins and Stephen Stills when they first met.

So when Collins and Stills were driving around Malibu taking a break from recording sessions for “Who Knows Where the Time Goes,” Stills shared with Collins his idea about a song he thought they should record for the album.

Canadian singer-songwriter Ian Tyson, who with his wife Sylvia had formed the duo Ian and Sylvia in 1961, had written and recorded “Someday Soon” in 1964 but had not released it as a single. Collins was friends with Ian and Sylvia when they all lived in Greenwich Village in the mid-1960s.

“We used to hang out together. I had heard all of their songs,” Collins says.

So Collins didn’t need much convincing to record “Someday Soon” for the “Who Knows Where the Time Goes” album, and the song helped propel the album to No. 29 on the Billboard Pop Albums chart after its release in November 1968. The song itself would go on to become one of Collins’ signature songs.

Although the 1960s romance between Collins and Stills inspired Stills to write “Suite: Judy Blue Eyes” for his then-new band Crosby, Stills and Nash in 1969, Stills won’t be featured in these two shows.

And even though the two are no longer linked romantically, they are still making music together. They toured as a duo in 2017 and plan to do so again in 2018.

“We’ve remained friends all these years,” Collins says. “And I always thought that maybe someday we’d do something together, but we had no idea what that would be.

“He was always so deeply involved with Crosby, Stills and Nash and at the time, there wasn’t very much room at the table for anything else.”

The two did finally make an album together, titled “Everybody Knows,” which was released in September 2017. The album features an updated version of the Sandy Denny-written “Who Knows Where the Time Goes,” and a new Collins song called “River of Gold.”

“It was thrilling to have a new song on board for that album,” Collins says. “Stephen and I are going out again on tour this year in May and June. It was so much fun. We want to work on some more new songs together if we can find the time.”