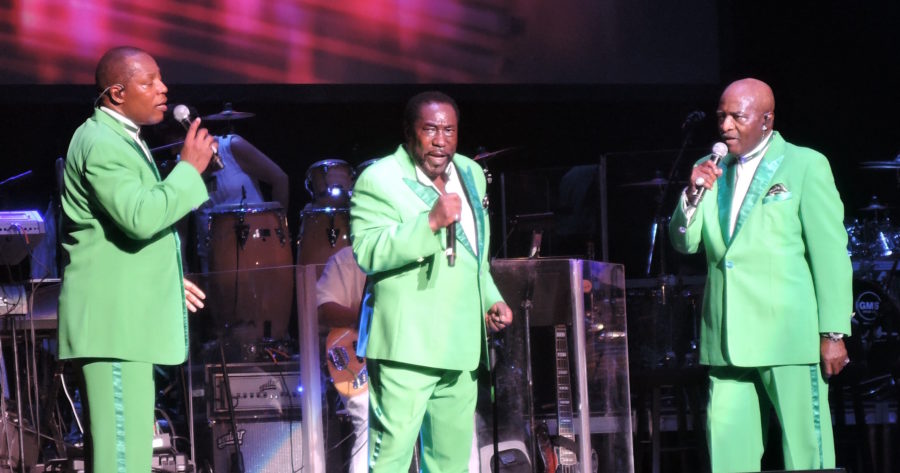 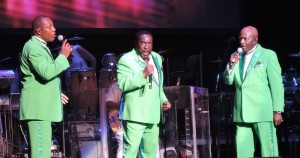 The O’Jays – from left to right Eric Nolan Grant, Eddie Levert Sr. and Walter Williams Sr. – performed Aug. 12, 2018, at the Mann Center for the Performing Arts in Philadelphia.
(Photo by Mike Morsch)

But The O’Jays were in the studio – Sigma Sound Studios at 12th and Race in Philadelphia – and ready to go. They had already laid down nine other tracks for an album as well as the background vocals to the final song and were anxious to see how the rest of it would sound.

The O’Jays – Walter Williams, Eddie Levert and William Powell – thought that a couple of songs for the album had the potential to be something special. They had a technique they used with background vocals – they would double and sometimes triple the background vocals so that they would sound more powerful – and had recorded those first for the song. 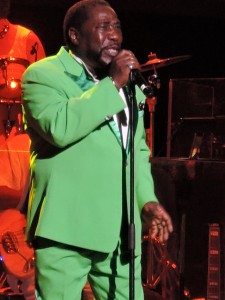 When it came to lead vocals, Williams and Levert – who shared lead vocals and sometimes double-lead vocals on some songs – each had a microphone and baffle so that their voices wouldn’t bleed into each other. During the recording of the album, The O’Jays had introduced the idea of double-lead vocals to Gamble and Leon Huff, co-founders of Philadelphia International Records, and the producers liked it because they could better control the sound.

So everything in the studio was set up and ready to go. Now, The O’Jays were just waiting on Kenny Gamble to finish writing the song.

“You know, you’ve got to try it a couple times so you can get it right. And it fit like a glove,” said Walter Williams. “We were able to use those words and make them fit into the feeling and the spirit of it.”

By 1972, Williams had already learned a valuable lesson about singing from his friend Stevie Wonder, a lesson that he was anxious to employ now for Gamble and Huff.

“He told me, ‘You can sing a song and you can sing it perfect. But if the spirit doesn’t live in it, you have nothing.’ And he’s absolutely right about that,” said Williams. “It didn’t dawn on me that was the case until I started to experience it. You know you can even sing bad notes, flat notes, but if the spirit lives in it, it’s a good song. 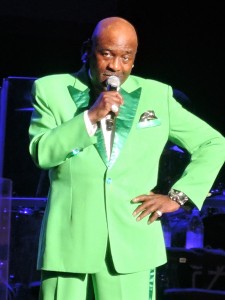 “What he meant by that is that songs are accepted from other people and from the singer. If I’m the singer, it’s from my heart to yours, from my soul to yours. And I’ve got to make you feel what I feel. Once I understood that concept, then I was able to go into the studio and record and set up lyrics and put the right kind of touch on things.”

That’s what The O’Jays did with the song they were recording for Gamble and Huff that day in 1972.

It was from their hearts, their souls, and they recorded it with such spirit that it would become the biggest hit the group would ever have.

It would also be the final song that would complete The O’Jays’ first album for Philadelphia International Records, “Back Stabbers,” a breakthrough album for the group that would be released in 1972 and hit No. 10 on the Billboard Pop Albums chart.

“The Bible speaks of love. So how could you not accept the song that speaks about love, especially love all over the world? Global love. We singled out some of the places that were special and that we thought needed more love, and those places were talked about in the song – England and China and Russia,” said Williams. “We knew the song was special, but we didn’t know it was going to be like that. Once that song came out, I think in two weeks, it was damn-near platinum. That’s moving a lot of records. And you know what? You can’t really keep up with a record that moves like that.” 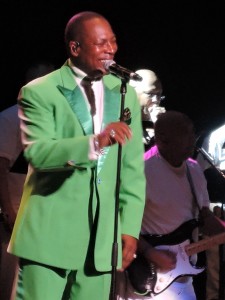 Williams believes the combination of the quality songwriting, the expertise of Gamble and Huff and the addition of Charles “Cholly” Atkins, a choreographer who taught The O’Jays the dance steps to go along with the songs, were the perfect elements that were added to the The O’Jays’ innate talent. And that was the recipe for the group’s success in the 1970s.

“Cholly Atkins was an old hoofer and he actually really knew what he was doing. So he staged our shows, he taught us what to do and how to do it. It was just like the other ingredient that we needed,” said Williams. “Eddie and I could perform, Gamble and Huff could write and produce and Cholly Atkins could stage it. That seemed to be the other part of the puzzle that came together that shot us out into orbit, where we needed to be. But the fuel was the songs and the production of the songs. And that was Gamble and Huff.”

As for the “Back Stabbers” album, Williams said it’s the one that put The O’Jays on the map, both in the United States and internationally.

“It’s very special. ‘Love Train’ was on that album and that’s our biggest hit today. There’s nothing bigger than ‘Love Train.’ There’s no greater message than ‘Love Train.’ I think that’s the one that told everybody – especially after they’d seen it and experienced it – that this is a good, wholesome group. They’re not doing any of the sexual, vulgar type things onstage. It’s the one I think that told people that they’re doing good music and I want to hear it and I want to see them perform it. That’s the one that started everything.”

More than 45 years later, it still a treat to see The O’Jays sing “Love Train” live as they did Sunday, Aug. 12, at the Mann Center for the Performing Arts in Philadelphia. It’s as great a song today as it was when they first recorded it in 1972. And The O’Jays still sing it with just as much heart and Philly soul as they did at Sigma Sound Studios in the early stages of what we now know as The Sound of Philadelphia.

We got on board the “Love Train” then and we’re still riding it now. 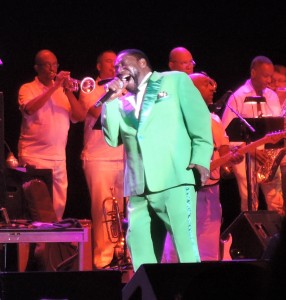 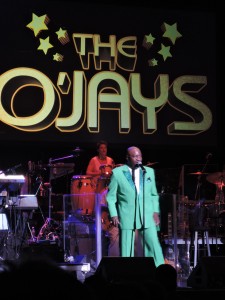