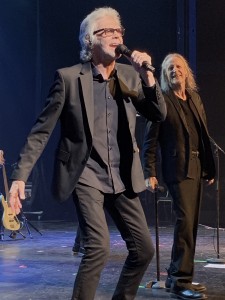 After 52 years — Three Dog Night formed in 1967 with founding members Cory Wells, Chuck Negron and Danny Hutton on lead vocals; Jimmy Greenspoon on keyboards; Joe Schermie on bass; Michael Allsup on guitar; and Floyd Sneed on drums — time has taken it toll. Wells, Greenspoon and Schermie have died; Sneed has retired from public performing; and Negron has been a solo act since 1986 and has appeared in recent years on the Happy Together tour.

That leaves Hutton and Allsup to carry on the legacy of Three Dog Night. And admittedly, I had wondered if those two founding members, along with the band members they added to form the current version of Three Dog Night, could pull it off and take me back to those teenage years with those wonderful songs.

It seemed to me that it was possible that today’s Three Dog Night could be a few dogs short.

I am happy to report that is not the case. Three Dog Night sounds just like it did on all those great records they made from 1968 to 1976. The “new” guys — David Morgan on vocals, Paul Kingery on bass and vocals; Pat Bautz on drums; and Howard Laravea on drums — complement Hutton and Allsup quite nicely.

On Sunday, Sept. 22, at the American Music Theatre in Lancaster, PA, Hutton stayed in his familiar lane, although he did pick up the lead on “An Old Fashioned Love Song,” one on which he had originally been targeted to share lead vocals with Negron. But it didn’t work out that way.

According to interviews that I did with Hutton for The Vinyl Dialogues, by the middle of 1971, things were really crazy for Three Dog Night. 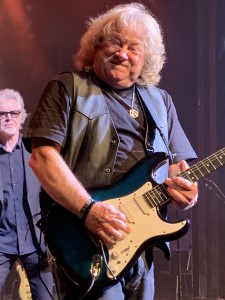 The two studio albums the band released in 1970 had done well. “It Ain’t Easy,” which would make to to No. 8 on the Billboard 200 albums chart, featured two Top 20 hits, “Mama Told Me Not to Come,” a cover of a Randy Newman song he had originally written for Eric Burdon’s (vocalist for the Animals) first solo album in 1966, with Wells on lead vocals, that got to No. 1 on the Billboard Hot 100 singles chart; and “Out in the Country,” written by Paul Williams and Roger Nichols, which peaked at No. 11 on the Billboard Adult Contemporary chart and No. 15 on the Hot 100 singles chart.

And now it was time to get back into the studio and work on the next album, titled “Harmony.”

“Just when we started ‘Harmony,’ out of nowhere, ‘Joy to the World’ took off like a rocket,” said Hutton. “It was six weeks at No. 1. It was crazy. We thought it was some fluke the first week and then it just stayed there forever. And before that song went back down the charts, then ‘Liar’ became a hit. All of a sudden it was a crazy period.”

In mid-1971, between “Naturally” and “Harmony,” the band released the album “Golden Bisquits,” a compilation of hits from the band’s first four studio albums.

But the groundwork laid with “Naturally” provided a fertile environment for the band to kick it up a notch in the creativity department for “Harmony.”

“When we talked about doing the [Harmony] album, we talked about that. It was time to kind of expand and just really get into way more intricate tracks, not just be limited by being a four-piece band so we could do everything live. We said let’s just get crazy and creative,” said Hutton.

So that was the plan for “Harmony” when it came to production and arrangements — crazy and creative. 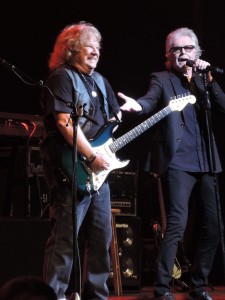 On the strength of those two songs — and “The Family of Man,” written by Williams and Jack Conrad, which just missed being a third Top 10 hit, checking in at No. 12 — the album itself reached No. 8 on the charts.

The band members had a feeling that “An Old Fashioned Love Song” was going to be a hit.

“As you well know, there is my version, somebody else’s version, and then the truth,” said Hutton. “What I remember about that song is that we’d have these listening sessions with a bunch of demos. And that was one we heard and all went, ‘Yeah, that’s cool.’”

Hutton recalls that he had to leave town at one point during the recording sessions for “Harmony,” and when he returned, Negron had finished recording the lead vocals for “An Old Fashioned Love Song.”

“Originally what I remember was that Chuck and I were going to take turns singing leads on verses. But I came back and Chuck had done all the verses. He said, ‘Oops, you weren’t here, man. I think it works better with just me.’ But we didn’t have the outtro for that song. So I arranged that part,” said Hutton.

It wasn’t a surprise to Hutton that “An Old Fashioned Love Song” hit big. Songwriter Williams had been on a roll in the early 1970s, having written hit singles for the Carpenters — “We’ve Only Just Begun” in 1970 and “Rainy Days and Mondays” in 1971.

“Paul Williams at the time was so hot with the Carpenters, so that didn’t hurt when the deejays looked at the album and saw his name on the song, they went, ‘Whoa, let’s check this out,’” said Hutton. “We wanted to be a rock band. But once in a while you do something like that and it’s like, ‘Oh my God.’”

Negron’s version of the story isn’t much different.

“When I heard ‘An Old Fashioned Love Song,’ the publishers weren’t really that hot on it because they had Paul Williams writing with different people and he was very successful,” said Negron. “This was the first time he had written by himself.

Hearing Hutton finally get the lead on “An Old Fashioned Love Song” some 48 years after it was recorded didn’t diminish one of my favorite songs at all. And as a shoutout to the current version of the group, the members did an a cappella version of a new song during the encore called “Prayer of the Children” that was absolutely incredible.

By the time we got to the last song of the evening — “Joy to the World” — I had made my way down to the stage. Even after all these years and a different lineup, it was still quite easy to celebrate, celebrate . . . dance to the music. 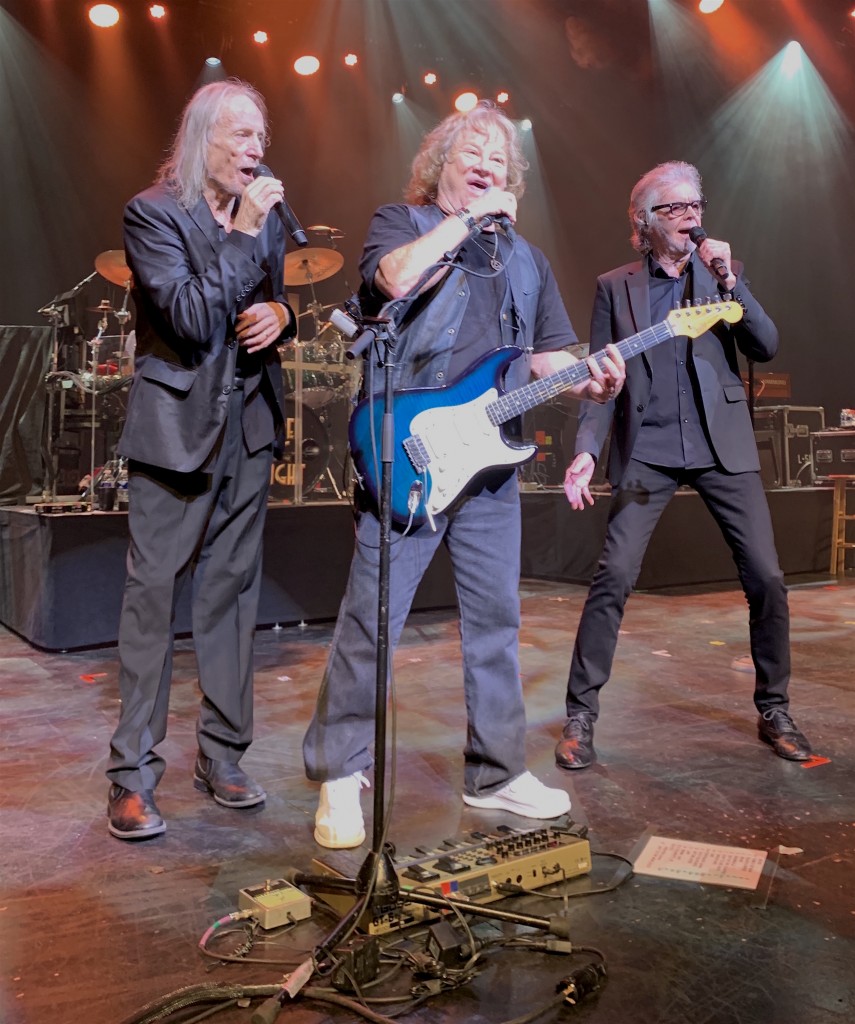