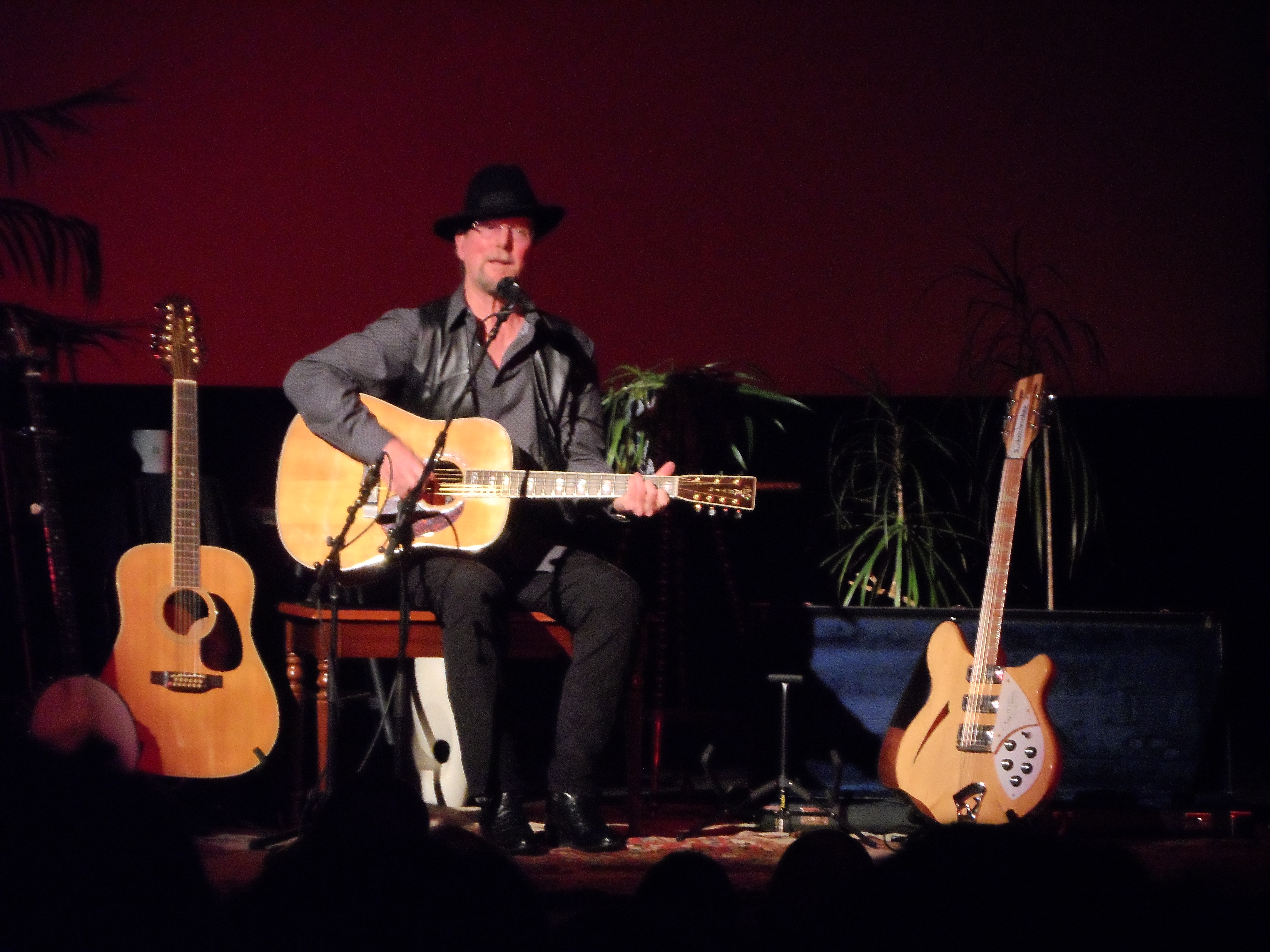 But it’s the harmonies of McGuinn, Gene Clark and David Crosby – and the birth of what we now know as “folk rock” – on The Byrds version of the song that I remember from my childhood.

So it was a real kick to hear McGuinn sing it Thursday, June 12, 2014, at the Colonial Theatre in Phoenixville, Pennsylvania, nearly 50 years after the song was first released by The Byrds.

These days, it’s just McGuinn and his guitars on stage. And that’s enough. He did two, 45-minutes sets at the Colonial. McGuinn is a great storyteller, and not only with his song lyrics. Throughout the performance he prefaced almost every song with a story explaining the genesis of the song. To me, that’s gold for those artists who have been around for decades – to mix in the actual history of the songs that have become historic.

That’s the premise behind “The Vinyl Dialogues” – to get the accurate historical details and perspectives about albums and songs directly from the artists who made that history.

It would be great to get McGuinn on the record for Volume II of “The Vinyl Dialogues.” I like his 1976 solo album, “Cardiff Rose.”

McGuinn was just coming off Dylan’s “Rolling Thunder Revue” tour in 1975 and I’ve love to hear the details of the creative process that he was experiencing in the lead-up to the making and release of “Cardiff Rose.” McGuinn touched on that a little bit when he told a story during the Colonial performance about how he got Joni Mitchell’s song “Dreamland” to include on “Cardiff Rose.”

Living, breathing rock and roll history in a live concert. It doesn’t get much better than that.

Unless you’ve got the vinyl, of course.