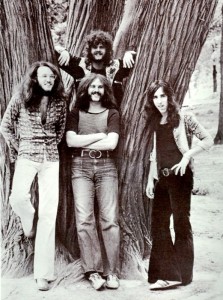 Elliot Lurie picked up his J-200 acoustic guitar and sat down in the upstairs bedroom of a farmhouse that he and his bandmates had rented in Hunterdon County, New Jersey.

The farmhouse had been built around the turn of the 20th century and was surrounded by 88 acres of farmland. The band, which had been fairly successful playing bars and fraternity houses in the late 1960s in New Jersey and Pennsylvania, had rented it for $240 a month with the hopes that it would provide an atmosphere that was conducive to creating music that would take the band to the next level.

Even though he was just out of college in 1970, Lurie had already developed his own way of songwriting, which included playing a chord sequence and melody that worked for him, then just free associating from there.

In high school, Lurie had a girlfriend named Randye. So he started inserting the name Randye into the lyrics of what he was creating that day in his bedroom.

“I got the story in my head and I had a few lines with a verse that was kind of interesting. Then I got to the chorus and to Randye,” says Lurie. “But Randye is a weird name because it can be taken as a male name or a female name. 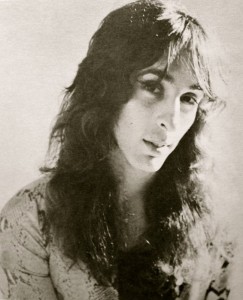 Elliot Lurie as he looked in the early 1970s.
(Photo courtesy of Elliot Lurie)

“The song is about a barmaid, so I thought, why don’t I change the name to ‘Brandy.’ So that’s what I did,” Lurie says. “But when I first finished writing it, I didn’t jump up and down and say, ‘this is a hit.'”

But it was. Not only that, but “Brandy,” released 45 years ago by the band Looking Glass, would go on to become one of the most iconic songs of the 1970s.

There were, however, a series of twists and turns that complicated the efforts to even get the band’s recording career off the ground.

Lurie, keyboardist Larry Gonsky and bassist Pieter Sweval were all classmates at Rutgers University in the late 1960s. They were joined by drummer Jeff Grob, who attended a nearby New Jersey community college.

One evening, the four of them were sitting in Lurie’s 1965 Chevy Supersport convertible — “imbibing something or other,” according to Lurie — and trying to think up a name for the band.

“We were looking in the rearview mirror and we thought, what’s another way to say mirror? Well, looking glass would be another way. And it was the 1960s and that had some kind of psychedelic overtones,” Lurie says. “What we liked about the name was that we were kind of like ordinary guys and we thought we were sort of a reflection of whoever may be listening to us.”

Looking Glass made a local name for itself as a cover band playing local bars and frat houses at Rutgers and Princeton University and at Lehigh University in Pennsylvania.

As the band became more successful on the local scene, it would  mix some original songs into its sets, something that Lurie says was “tolerated” by the local following the band had established.

Upon graduation, the band members wanted to pursue a career in music, an idea that didn’t originally sit too well with their parents.

“Of course, they were all appalled because we were middle class and lower middle class kids and our parents had saved up to send us to state university in New Jersey, and the idea of becoming musicians was abhorrent to them,” Lurie says.

But the band members each convinced their parents to give them a year to see if they could make it in the music industry. And that’s how the young musicians ended up in the rural New Jersey farmhouse, creating music and honing their craft during the week while maintaining their bar and frat house gigs on the weekends.

The band eventually attracted the attention of Clive Davis, then president of Columbia Records, who liked what he heard, especially “Brandy,” and he wanted to see the band perform live. So he set up a showcase gig for Looking Glass to open for Buddy Guy at the Cafe au Go Go in Manhattan. And based on what Davis saw that evening, he signed Looking Glass to Epic Records, the label that Columbia used for new artists.

Things happened pretty quickly from there with the band’s debut album, the self-titled “Looking Glass,” which was recorded in both Memphis and Manhattan.

Once the album was completed, it was released on June 6, 1972. But “Brandy” wasn’t the first song to be released as a single. The band members liked a Lurie-penned song, “Don’t It Make You Feel Good,” as the first single.

As was often the case in those days, Harv Moore, a disc jockey at the Top 40 radio station WPGC-AM/FM in Washington, D.C., was urged by Robert Mandel, a promotions man at the record label, to listen to the “Brandy” track off a test pressing of the LP.

“The promotion man went in to hang out with Harv and he said, ‘Have you heard this Looking Glass thing?’ And Harv said, ‘Yeah, but it’s not really happening.’ And the promotion man said, ‘You really got to listen to the rest of the album, this group is pretty good.’ Back in those days, that could happen. A promotion man could have a relationship with a disc jockey and ask him to listen to something and he would,” Lurie says.

Moore liked “Brandy” a lot. And he played it a lot. A week later, the band members got a call from record company officials telling them that a disc jockey in Washington, D.C., had put “Brandy” in regular rotation on the station and the phones were ringing off the hook.

“We said, are you sure? And the record company guys said, ‘We’ve done this before; we do this for a living. If you have a song in a major market like this and the requests are like that, it’s going to be a hit.’”

Within a few months, other radio stations in other major markets around the country had “Brandy” in regular rotation and the fan reaction was the same.

Looking Glass had a smash No. 1 hit single.

There was a theory floated in recent years that the inspiration for “Brandy” was actually a women named Mary Ellis, a spinster in New Brunswick, New Jersey, where Rutgers University is located and where Lurie went to college. Local legend has it that Ellis was seduced by a sea captain who vowed to return from his journeys to marry her. Ellis allegedly would look out over the Raritan River in New Brunswick awaiting his return, which never did happen.

But Ellis wasn’t the inspiration for the song, according to Lurie.

“No, that’s an incredible coincidence,” he said. “I write fiction.”